What is Workers Compensation Insurance 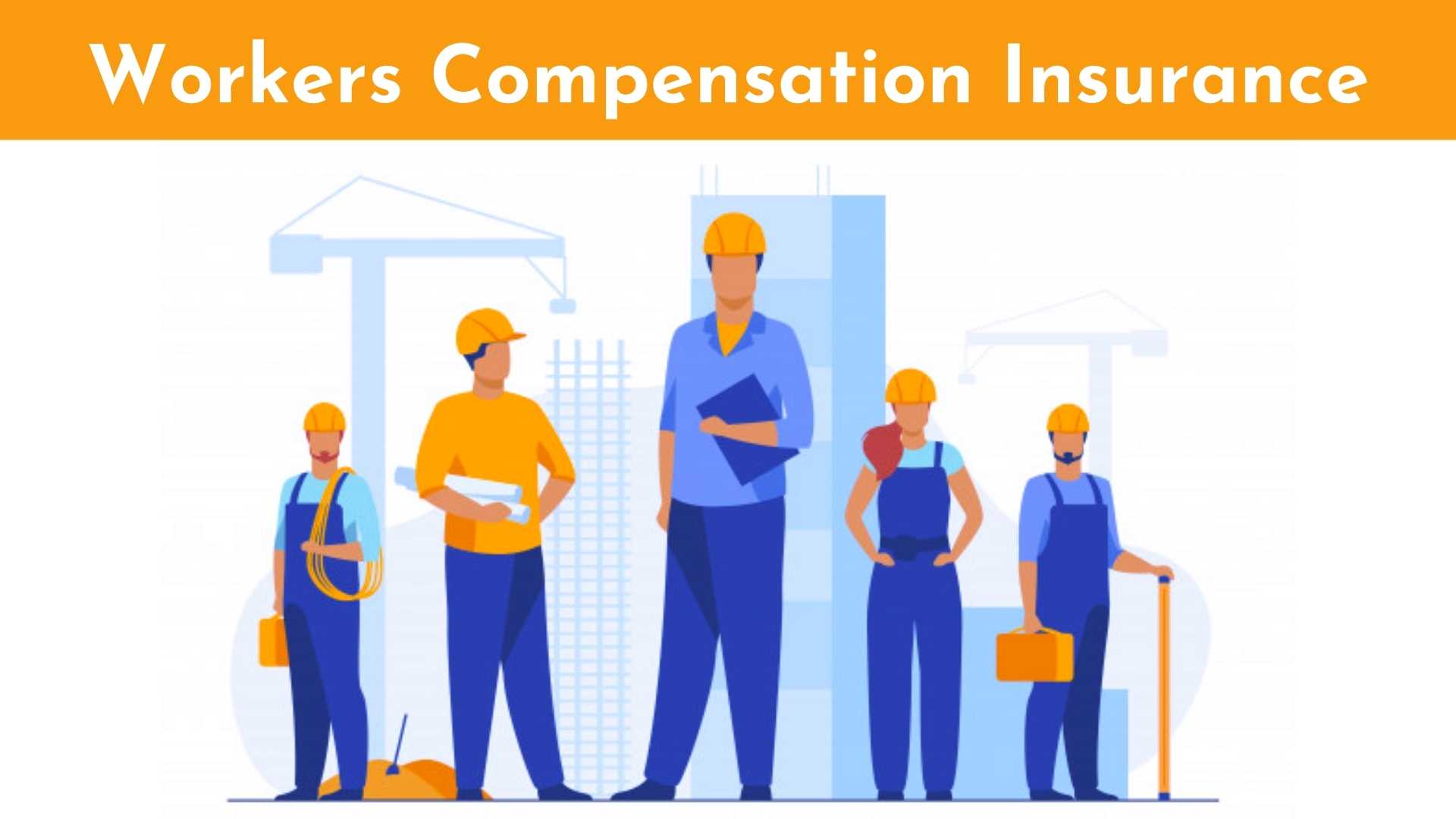 What Is Workers' Compensation?

Workers' compensation, commonly referred to as "workers comp," is a government-mandated program that benefits workers who become injured or ill on the job or as a result of the job.

It is effectively a disability insurance program for workers, providing cash benefits, healthcare benefits, or both to workers who suffer injury or illness due to their jobs. In the U.S., the individual states handle workers' compensation.

The required benefits vary greatly state by state. Texas is the only state that does not require employers to maintain workers' compensation insurance.

Workers' compensation benefits may include partial wage replacement for the period during which the employee cannot work. The benefits may also include reimbursement for healthcare services and occupational therapy.

Most workers' compensation programs are paid for by private insurers, from premiums paid by the individual employers. Each state has a Workers' Compensation Board, a state agency that oversees the program and intervenes in disputes.

Requirements for workers' compensation vary from state to state, and not all employees are covered in some states. Some states, for example, exclude small businesses from the mandate for coverage. Others have different requirements for various industries.

The salary replacement paid to an employee under workers' compensation is typically less than the person's total salary.

The most generous programs pay about two-thirds of the person's gross salary.

Workers' compensation benefits are not usually taxable at the state or federal levels, compensating for much of the lost income.

Taxes may be due to recipients who also have income from the Social Security Disability or Supplemental Security Income programs.

Most compensation plans offer coverage of medical expenses only related to injuries incurred directly from employment. For example, a construction worker could claim compensation for an injury suffered in a fall from scaffolding but not for an injury incurred while driving to the job site.

In other situations, workers can receive the equivalent of sick pay while on medical leave. If an employee dies due to a work-related incident, workers' compensation makes payments to the worker's dependents.

Recipients Waive the Right to Sue

By agreeing to receive workers' compensation, workers give up their right to sue their employer for negligence. This compensation bargain is intended to protect both workers and employers.

Workers are giving up further recourse in exchange for guaranteed compensation, while employers consent to a degree of liability while avoiding the potentially higher cost of a negligence lawsuit.

An employer may dispute a claim for workers' compensation. In that case, the Workers' Compensation Board may be asked to resolve the dispute. Disputes can arise over whether the employer is liable for an injury or illness.

Workers' compensation payments are also susceptible to insurance fraud. An employee may falsely report that an injury was sustained on the job, exaggerate the severity of an injury, or invent one.

The National Insurance Crime Board asserts that there are "organized criminal conspiracies of crooked physicians, attorneys, and patients" who submit false claims to medical insurance companies for workers' compensation and other benefits.

In most states, only regular employees are eligible for workers' compensation, not independent contractors. That was one of the main points of contention in the debate over a California ballot measure that sought to extend employee benefits to drivers for ride-sharing apps like Uber and Lyft.

Like the so-called "gig economy," the issue of workers' compensation and other benefits for contract workers isn't going away. In 2020, about 17 million Americans worked full-time as contractors, and more than 34 million worked part-time or occasionally as contractors.

In the U.S., individual states handle workers' compensation rules. The U.S. Department of Labor houses an Office of Worker's Compensation Programs. Still, it is responsible only for the coverage of federal employees, dockers and harbor workers, energy employees, and coal miners.

The lack of federal standards for workers' compensation has resulted in highly varied policies for the same kinds of injuries from state to state.

Identical injuries can receive radically different compensation depending on where a worker resides. A paper by the Occupational Safety and Health Administration flatly calls workers' compensation a "broken system." It estimates that 50% of workplace injury and illness costs are borne by the individuals who suffer them. Low-wage and immigrant workers often don't even apply for benefits.

Workers' Compensation Coverage A vs. Coverage B

There are two types of workers' compensation coverage, called Coverage A and Coverage B.

Workers who accept workers' compensation generally waive the right to sue their employers, agreeing to a "no-fault" contract. However, several states' state legislation and court rulings have restored the employees' right to sue in various strictly-defined circumstances. Thus, an employer may purchase a policy combining Coverage A and Coverage B.

How Much Does Workers' Compensation Cost?

The cost of workers' compensation insurance varies by state, as do the mandated benefits. There are also different rates depending on whether the employees covered perform low-risk or high-risk jobs.

The fees for the insurance are based on the company's payroll numbers. Just as examples:

How Do You Apply for Workers' Compensation?

The rules for applying for workers' compensation vary by state. In general, a worker with a job-related injury or illness should: Write down the details of the injury or illness, with photos and the names of witnesses when possible.

Report the injury or illness to your employer. The employer should take it from there, filing your claim with the insurer.

Who Is Exempt From Workers' Compensation?

Generally, only salaried employees are eligible for workers' compensation, not contractors or freelancers. Beyond that, every state writes its own rules. For example, Arkansas excludes farm laborers and real estate agents from eligibility. Idaho excludes domestic workers. Louisiana excludes musicians and crop-dusting airplane crew members.

Every state (except Texas) requires employers to provide workers' compensation coverage to at least some employees. The states write the rules, so there are many exceptions and exemptions. Contractors and freelancers are rarely covered, and many states exclude certain professions from the mandate or limit the benefits' scope. Most states have online sites that can help determine if workers' compensation insurance covers you. For example, the state of Florida's Division of Workers' Compensation has information on its program, links to the necessary forms, and a database that can tell you whether your employer has coverage. 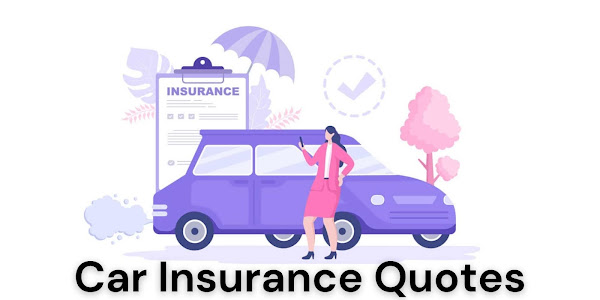 Scroll Down and click on Go to Link for destination Congrats! Link is Generated   DEFINITION : Auto in…

Best Asbestos Mesothelioma Lawyers Near Me 2023

What is Geico insurance | Uses and Advantages of it

Oops!
It seems there is something wrong with your internet connection. Please connect to the internet and start browsing again.
AdBlock Detected!
We have detected that you are using adblocking plugin in your browser.
The revenue we earn by the advertisements is used to manage this website, we request you to whitelist our website in your adblocking plugin.
Site is Blocked
Sorry! This site is not available in your country.